I got to do something this week that I have always wanted to do.
I'll give you a hint... 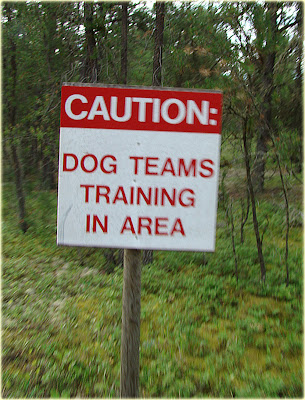 OK there was no snow, but I got to take a ride behind an Iditarod sled dog team!
Karen Ramstead of North Wapiti Siberian Husky Kennels invited me up to Northern Alberta for a ride. Karen and her dogs have finished the Iditarod 4 times. I was honored to be pulled on a quad bike behind such accomplished dogs. 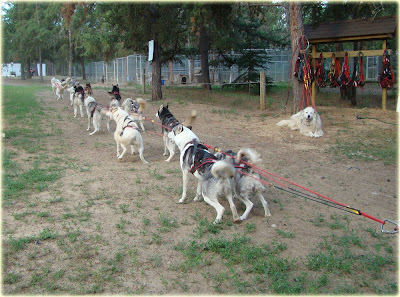 Then Karen picked two trustworthy dogs to baby sit me on a scooter ride! 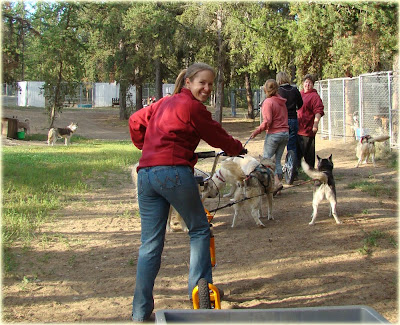 The scooter has no motor. It is completely powered by dog as you balance it on it's two wheels.
(It's faster and more scary than it looks!) 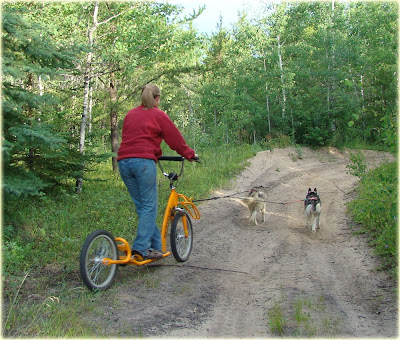 Did I fall? Of course! There is a reason Scott calls me, Grace.
However, I learned to not break around the corners, especially in the soft sand and my two leaders stayed patient and hauled me around.
That's Wonder on the left of the picture below and Iditarod finisher, Dasher, on the right. 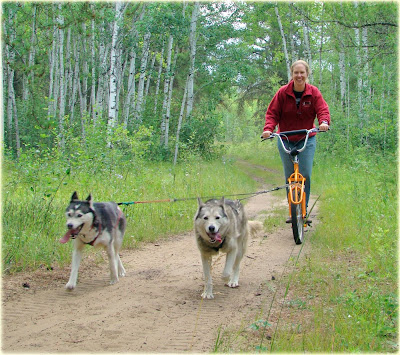 After my tutorial with the dogs it was time for Hemp's lesson.
This is what I enjoyed the most!
Iditarod veteran, Q, was picked for this job.
Q took one look at me, the rookie, then at Hemp and decided that he wasn't going to have anything to do with this non husky amateur. 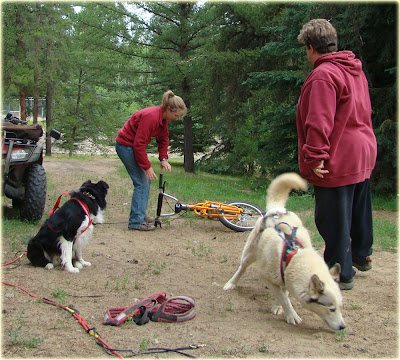 After a little persuading, his better nature kicked in and he took us on the trail. I'm afraid I don't have any good pictures of Hemp's adventure but he was getting the hang of it and even pulled some up the hills.
Most of the time he just ran along with Q and let him pull my weight around. 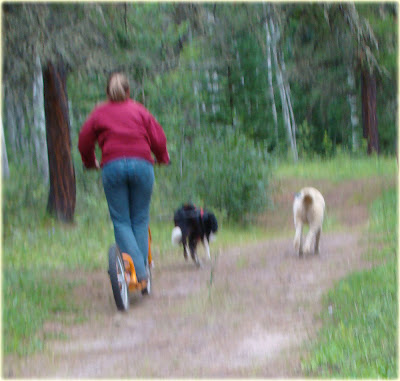 When we were done, there was some time for puppy cuddling and hanging out with Corrine, Karen's niece. Corrine is training for her first Jr. Iditarod that she'll try in 2 years.
I can't wait to hear about her on the Iditarod trail with all my new dog friends.
Go Team Corrine! 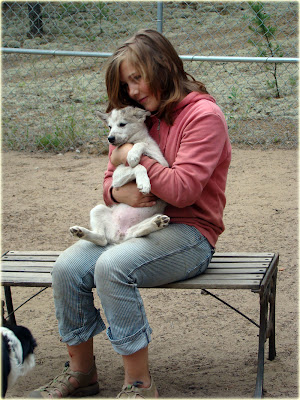 Thanks again for a spectacular day, Karen!
Posted by Jenny Glen at 5:32 PM

WOW! that is so neat to learn about!

Wow, Jenny! That's "bucket list" material there. What fun. Thanks for letting us in on an amazing day. Go Team Corrine!!

looks like fun! Need training wheels on the scooter for green mushers!

That is very cool. Congrats on getting up there.

Wow that sounds like an amazing experience! Even more fun that Hemp got to participate and play husky for a day!