With all the wind we had on Sunday, what happened next was inevitable.
At about 3:30 I smelled smoke.
In what seemed minutes, the sky turned black. 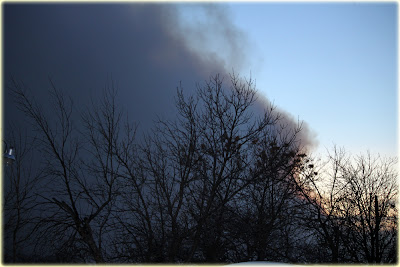 A glance across the lake and we knew this one was close and moving fast. 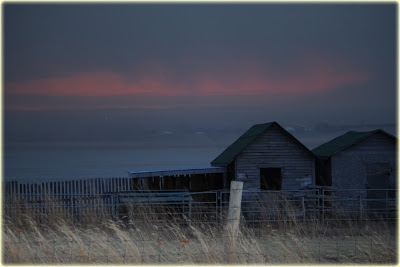 We turned on the radio to the sound of an emergency buzz and it confirmed what we already knew.
It was no drill. 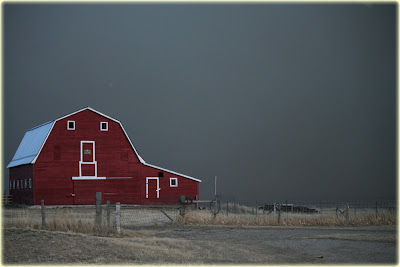 The winds were over 70 mph and gusting to over 85 mph and there was going to be no stopping this grass fire.
The alert told us that the fire was heading to New Dayton and Tyrell Lake and to be prepared to evacuate those areas.
We live in New Dayton, on the bank of Tyrell Lake.
Scott went out on several recon missions to keep an eye on the fire. 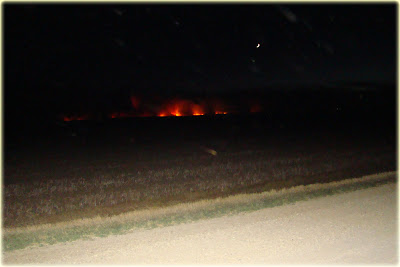 On his way out, he met up with farmers on their tractors rushing out to help stop the spread.
Scott wanted to go help out but we both needed to be near home.
If it came to it, our evacuation was going to include a kennel full of border collies, two guardian dogs, two house cats, a flock of sheep and last but not least, one little-dog. 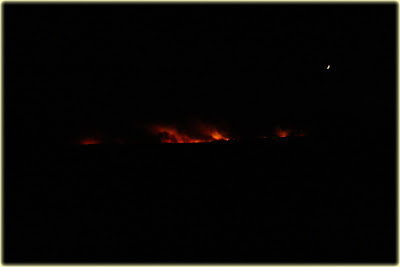 We had a plan to get everyone out but at about 10PM the farmers and firemen had done the impossible.
They stopped the fire despite the winds.

Yesterday we went out to find where it all started. 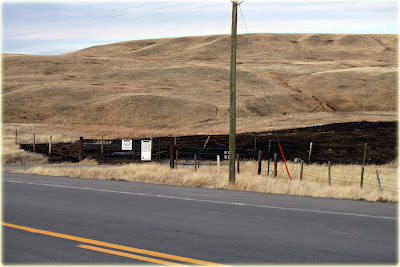 So close to a road.
They haven't announced a cause yet but you gotta wonder if an errant cigarette almost caused a tragedy.
No humans or animals were killed or injured but I'm sure these cows thought it was a little too close for their comfort. 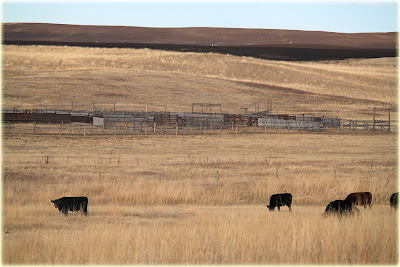 Fortunately, the only thing ruined was the view. 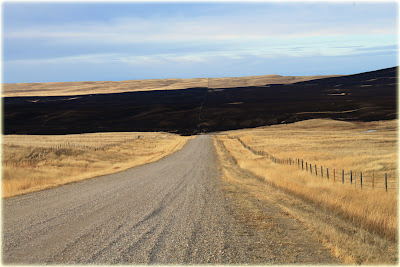 Then we went out to where they stopped it.
Their first stand failed.
It jumped the road. 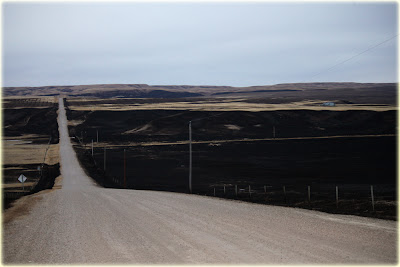 Then we saw the final stand.
A local farmer told us they dug in.
They drew a line in the sand and plowed everything  in front of it and wind or no wind the fire wasn't going any farther, 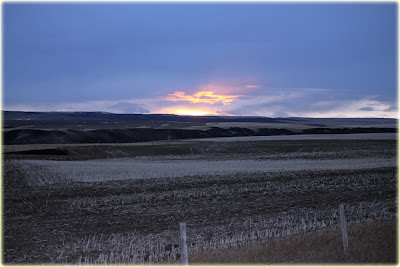 Wow, that was close!! Thank the Lord for farmer's their tractors!!! Glad all is well.

oh my goodness..so scary..thank God all of you are okay.

Thank doG that they stopped it. All that blackness is so sad to see. So glad that you guys are all safe.

Wow! Glad it all ended ok.

geez Lousie that was close, so glad you're alright !

Wow. Incredible photos. I wondered how you guys were. Glad that the fire was stopped.

Thankfully it turned out as it did! I always fear fire or emergencies and think about a plan - you nearly had to put one into action. WOW. Great story and great photos Jenny! In the end it turns into a great post, whew!

God bless those farmers and firemen for their hard work. How scary that must have been. We all feel so helpless in the face of natural disasters.
So glad you are all safe and sound!

Wow! I'm glad you got some pictures...now that it's over and everyone's safe. You have to think - stupid moron with a cigarette...

sheesh!! I'm so very glad that all is well and no one, animal or barn was lost. The ugly black will be covered by snow soon and then Spring's fresh regrowth.

As I read your post I kept thinking of the pioneer families and their prairie fires....

So glad you, Scott and all critters are okay. I was worried when I saw the fires on the weather channel and saw where the fires were headed. I really hate fire!

We have weathered three forest fires and know how scary it can be. So glad you didn't have to evacuate.

Holy, a little too close for comfort! So glad you were home and able to be prepared to get out if needed. Blessings to all the farmers who were fighting that fire. Wow.