Try, otherwise known as The Sweet Baby, or Try-Baby, (ok, Scott would NEVER call him that, but he does answer to it), is 7 months old now.
He's at that in between stage for border collies - not old enough for training but desperately looking for something to occupy his border collie mind.
It leads to him doing things he probably shouldn't do. 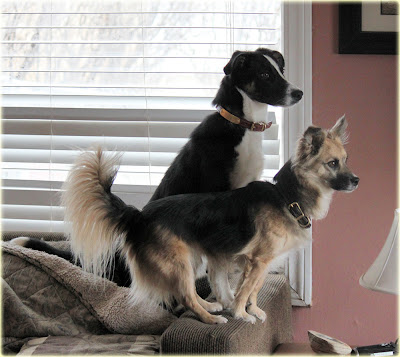 So, Scott suggested, that I not start "training" him on sheep, but just gently coax him to start moving around them in the round pen. 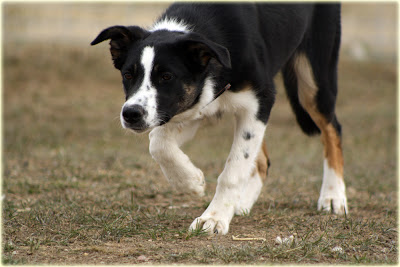 At first he just wanted to put the sheep on the fence and hold them there, 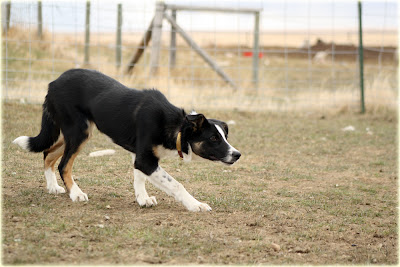 But with some gentle coaxing, he finally agreed to go around them. 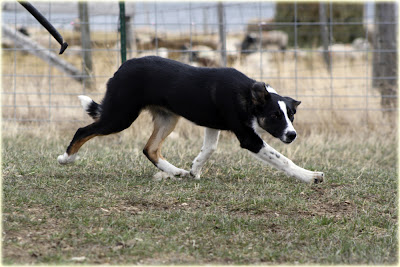 So now what?
More of the same.
Some practice,
some developing,
and some growing up with no pressure. 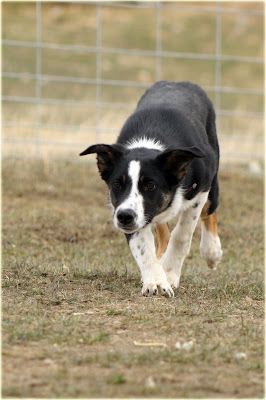 But now he's got something to do.
(thanks to Amanda Labadie for the pictures!)
Posted by Jenny Glen at 7:44 PM

Mikey is doing awesome! He won't make his nursery year, he's missed too much time in recovery this year but he's handling his training well and he'll be ready for Ranch next year.

Try, you are a handsome fella. Got some long legs to cover ground Jenny...get ready to run! ;-)

He's got some long legs there!