Poe has always been a very difficult pet to have around. 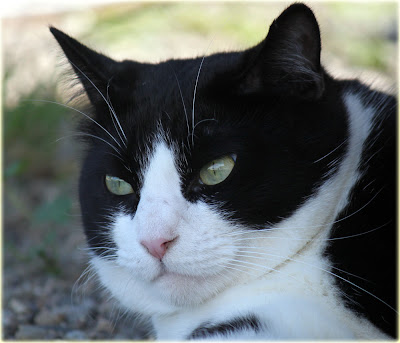 He's rude, he destroys the house,  he pees on our stuff, and he won't give us the time of day.
In the past, Poe had never shown any inclination to go outside.
He's a house cat and that's his domain and if he wants to shred it, that's his prerogative.
However, he has recently been asking to go outside. 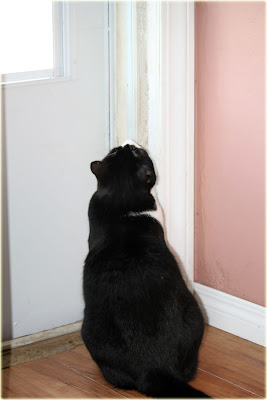 He snuck out when the house sitter was here and she had a heck of a time catching him to bring him back in.
I didn't want to let him out.  He's always been inside, and I was afraid he'd do something that would get him hurt outside.
But finally, his destructiveness, broke this camel, and I opened the door.
What did he do?
Well, he did this: 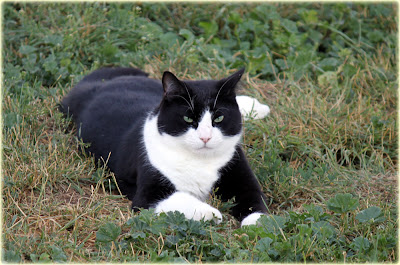 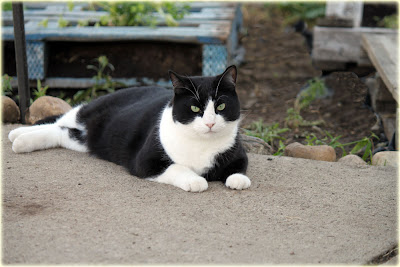 and then he caught a grasshopper, 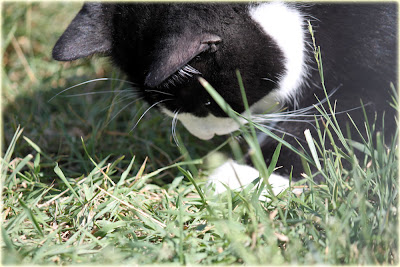 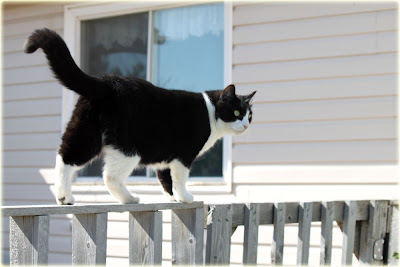 and finally, he did some more of this, 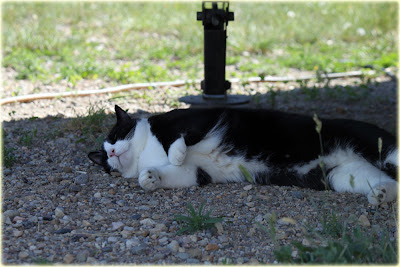 and when it was time for bed, he came in on his own.
And you know what?
He hasn't destroyed or peed on one thing in the house since he's been enjoying the outdoors.

I guess he told you!