The Party! (part one)

Today Skid and I went to town for our Halloween party at Paws on the Run Doggie Daycare. Here's a few of the clever costumes that outclassed us...
This one was frightening - at least for the dog. She's afraid of poodles. Mean owner to make her dress up as one! 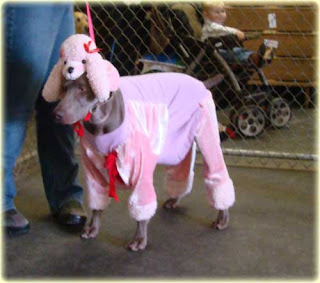 The cute lady bug (she had a crush on Skid) was just dropping a subtle hint that she'd like some treats in that bucket. 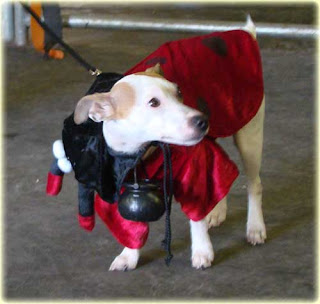 Can you see the pearls on the Diva's neck? 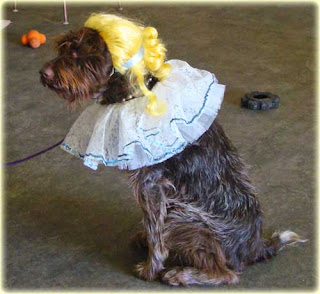 And then there was a pony 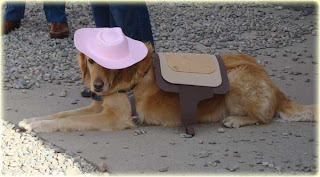 This one was my favorite. Sara, one of our hosts was Dorothy and dressed her dogs up as the scarecrow, the cowerdly lion and that's Jane as the tin man. 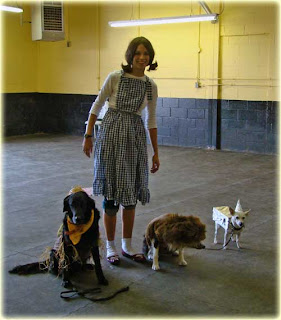 Gyp the lion deserves a close up! Gyp used to live at Alta-Pete Farm. How's that new home goin' for ya Gyp? (If she's talked to Skid lately she's probably told him how much better it is to have an owner who buys nice costumes for you instead of tearing up sheets and calling them a costume) 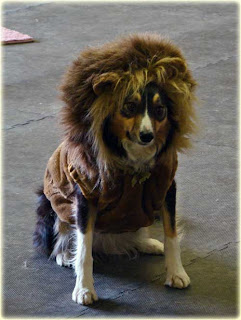 They gave out awards for different categories. Guess who won the "Scariest Costume" award?
SKID - the mummy!
Ignore the fact that it's barely even on him anymore. 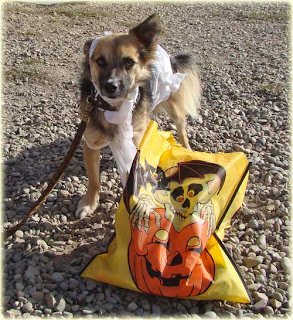 All he cared about was getting his costume off and digging into his goodie bag.
Tomorrow, The Party Games!
Posted by Jenny Glen at 6:37 PM