Two winters ago, Scott and his brother Ryan and his wife Trina built us a new deck on the side of our house. The old one was going to get us sued since you could only walk on the seams for fear of putting a foot through one of the rotten boards. 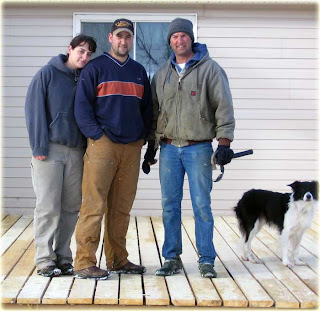 We lost Ryan in an accident last spring so the work he did around our farm means even more to us. Scott and I decided we better do some upkeep on the deck so it didn't suffer damage in the weather. We are going to stain and protect it for the winter and Scott thought we could close up underneath it with the stones we grow in our field. The other day he came in and said he was going to make me some stone steps leading up to it. "Great!" I said. "That would look really nice." He labored all day bringing stones to the house and when he was done I went out to look at my new stone steps. I tried to be enthusiastic since he worked so hard but it just wasn't what I was expecting. 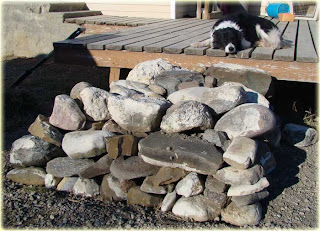