This is the face of a thief. 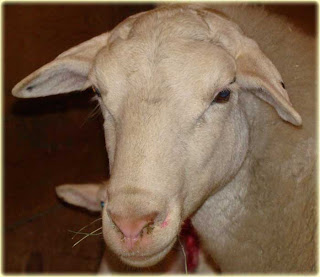 What did she steal? A baby. 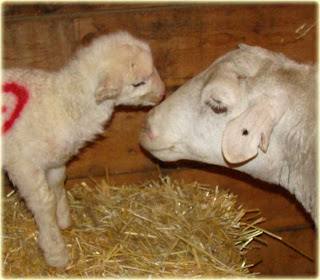 Let me start at the beginning. Hemp has been helping me out with the lambing this year and he's doing a pretty good job. 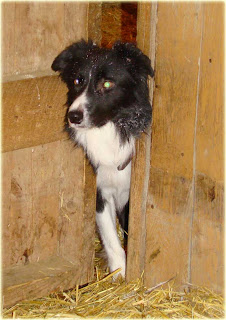 Yesterday morning we went out to the pasture to see if anyone had lambed. We found two ewes standing over two new lambs in the lean-to. We moved the lambs into the barn and put one in each stall. One ewe followed each lamb in and started cleaning them up. Our work was done so we went back in the house. I mentioned to Scott that I was lucky that one ewe was so attached to her baby because she didn't have any discharge. I wouldn't even know she had a baby if she had walked away from it 'cause she was still really fat. Scott got real quiet and asked me, "Are you sure it was her baby?" I told him, "Yeah. She followed the lamb into the barn." Later on Scott went and checked on her and said, "She hasn't lambed. That isn't her lamb. She stole it!" It happens sometimes that a ewe wants a lamb so bad that she'll steal someone else's. This ewe had fooled me and now it was too late to put the lamb back with it's real mom who was happy with her single. 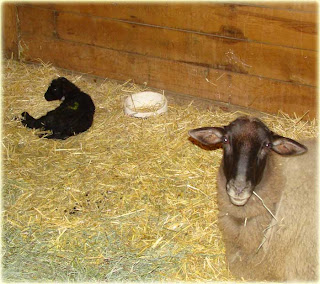 All we could do now was hope that when the thief had her own baby it was only a single because she wouldn't have enough milk to feed twins and her stolen one.
This morning I went out to check for new lambs and I was greeted by this sight in the thief's stall. 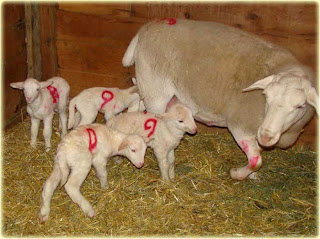 She didn't single or twin. She TRIPLED and now with the stolen baby she has four children to feed! Wait a minute. Check that. I have four children to feed since I will now have to go out to the barn every few hours to supplement their diet with extra milk.
I had to label them since they all look alike so here are my new charges.
"A" 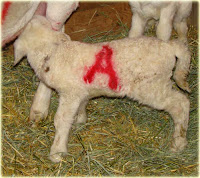 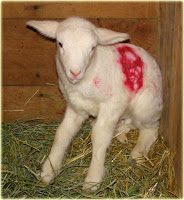 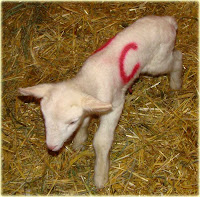 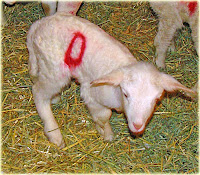