Two Of A Kind

Most of the time, when two women talk to each other, it's about their kids- what they have done that's worth bragging about, or what trouble they have been in. My friend Sara and I email each other several times a day but it's usually to commiserate about our guardian dog pups.
This is Hank 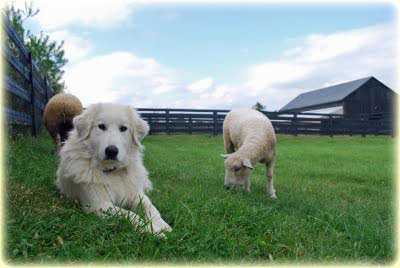 He's the guardian at Sara's Punkin's Patch farm in Kentucky and lives only a few miles from where Togo was born.
He's a couple of months older than Togo and he often makes the same mistakes.
Right now Hank is in the dog house because he just had an incident with Sara's Adventure chickens. Similar to Togo's story, no one was hurt but there is a chicken running around in Kentucky right now with less feathers than she had yesterday. 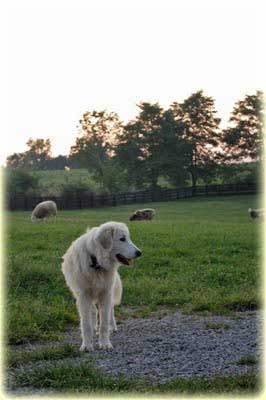 Between the two of us we could probably keep up a daily blog about our pups as they learn the rules and keep growing. However, I don't think it would be interesting to anyone but us so we keep it down to occasional entries on our regular blogs.
Speaking of growing...
Remember Togo 4 months ago? 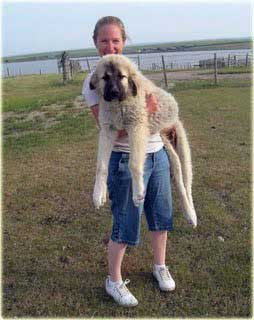 At 8 months old, I can't pick him up anymore. 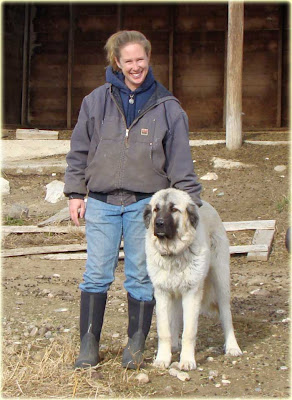 And speaking of boring stories for a guardian dog blog...
Togo is doing a great job of protecting his sheep in the pasture behind the barn but he's still very hesitant to follow them out to the 65 acre field.
I understand.
It's not like Hank's beautiful green fenced fields.
The prairie is a big place for a baby. 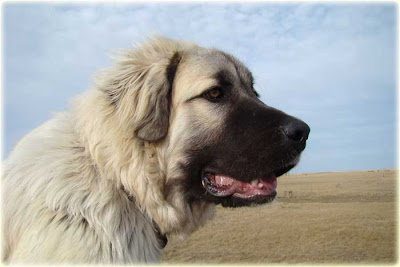 So I thought about it and decided that perhaps if I put the sheep in the big field, but didn't let them wander all the way to the end maybe Togo would feel better about it. He wouldn't be so far from the safety of the barn. 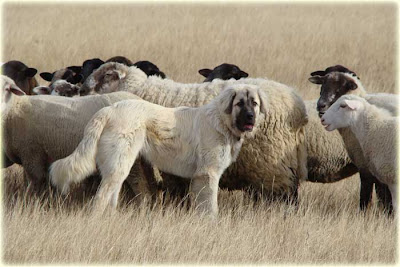 Togo thought that was much more acceptable. 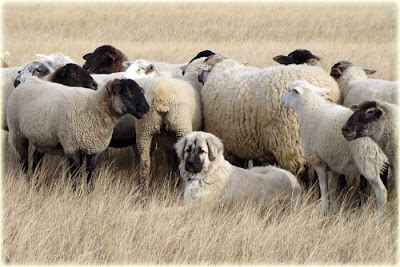 It is said that a guardian dog isn't finished training until it is two years old.
Sigh.
It feels so very far away, Togo. 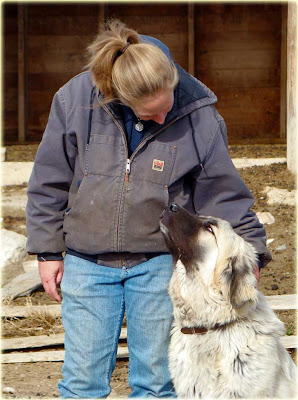 Boy, he's really growing up. I love the shot with him with his sheep. The matching colors are uncanny. The "big prairie" picture is cool too.

he is so handsome!!! i can't believe how much he's grown- how big will he get do you think?

I don't know how much bigger he'll get. He just turned 8 months old last week so I think we are topping out but I would expect in the next year he'll thicken up. He has so many breeds in him that there's no predicting. When he was a pup he was the spitting image of a Sarplaniac, but now he only has the sable color and the hair around his head that looks like one. He has the face of a Pyrenese and the coat length of a long coat Akbash but his body is very much like an Anatolian.

oh, come on, you could still lift him up like in that puppy photo :)