Growing Up Is Hard To Do

My little baby is growing up. 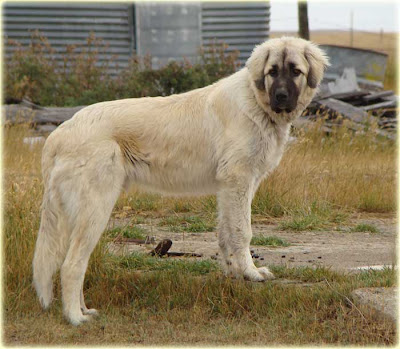 Even if he doesn't want to.
Up until now, Togo has had access to the sheep but we have not insisted that he stay with them all the time. That is about to end. We are unable to keep Kit, our main guardian dog. We will miss her very much but she liked to hunt and our chickens, ducks and cats were her main fodder. So although Togo is very young, he is going to have to step up his duties. We don't expect him to be much protection yet but the time has come for him to get serious about bonding with his sheep. 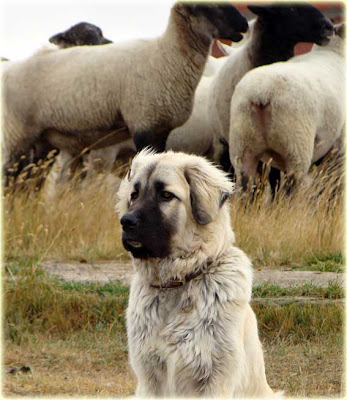 He won't have too much freedom for a while because he has mastered the art of getting over fences to escape from the sheep. He doesn't exactly clear them. It's more a matter of pushing them down while he hauls his body over. 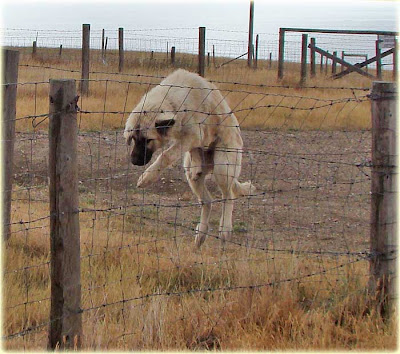 So at night he is chained in a small pasture so he will stay with the sheep.
Don't get me wrong. Togo likes his sheep. It's just that they are boring. And when they go out to the field to graze, the other things in the barnyard become much more interesting. 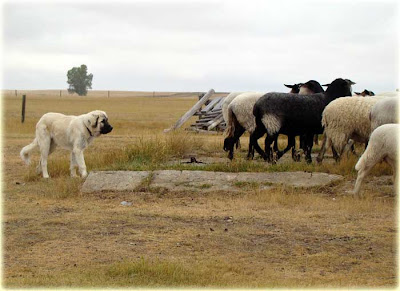 For example, a couple of days ago there was an incident with a chicken. 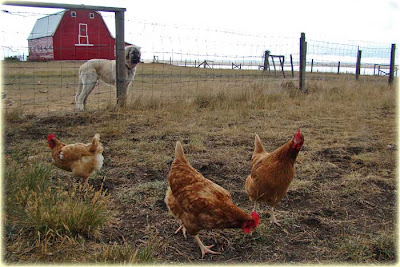 Nothing was harmed on the chicken but her pride and Togo now has a better idea about what he can play with and what he can't.
I believe the worst part for the chicken was getting all the drool off her back.
Togo is by no means a dry mouthed dog and drool is a constant. 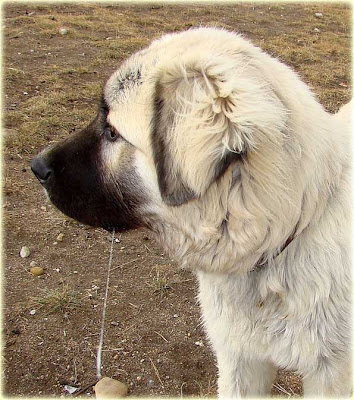 He is also getting over his fear of cats and is learning to stop barking at them and warning them to go away.
I know, I know. But remember, Togo has no idea how big he is. Nor does he know the stats on the cats vs. sheep incidents.
For right now peace reigns in the barnyard if only because Togo thinks that if he doesn't look at them, they don't exist. 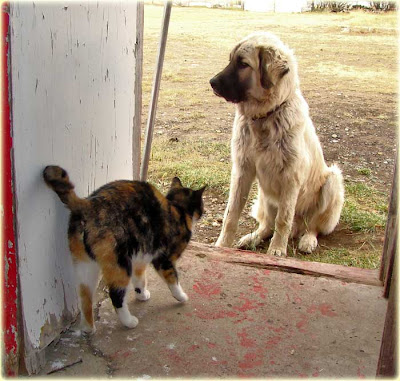 It's a difficult time in the Alta-Pete barnyard right now for my reluctant guardian dog, but it will get better, Togo. I promise. 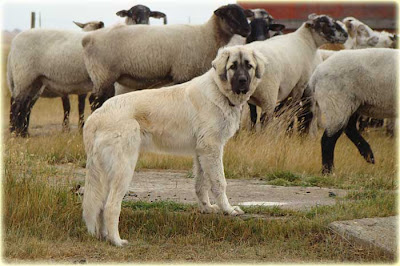 AUTHOR'S NOTE: Artistic licence has been taken in removing long strings drool from all photographs except one in the preceding blog entry.
Posted by Jenny Glen at 12:09 PM

Togo, Togo, Togo. That's some pretty amazing drool you got going on there. Can't believe how big he's gotten!

What lovely pictures. Good luck to Togo with his new job. I enjoyed your post very much.