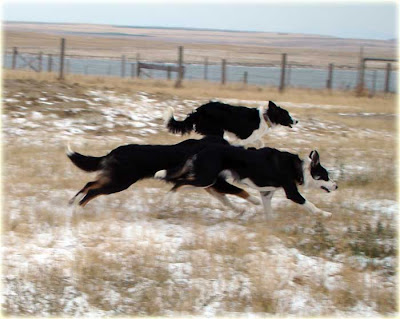 You can see they obviously hate it. 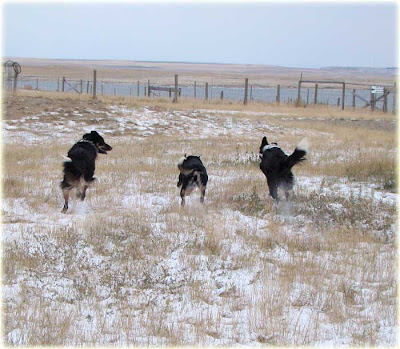 It was also Togo's first snow - he was born in Kentucky and when he was hot and panting down there this summer, I told him I was taking him to a place much more suited for his breed.
I don't think he minds the snow either. 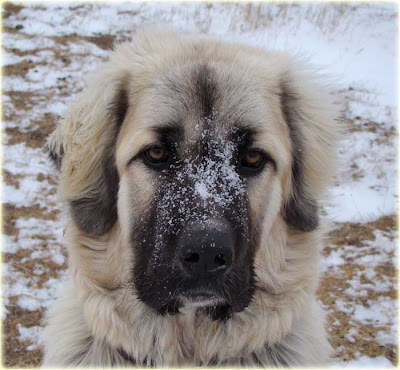 It is NOT the first snow for the chickens and they are not amused. Their sense of humor is in short supply right now with the Canadian Thanksgiving on Monday. They don't like my habit of cooking a Cornish Game Hen to celebrate. 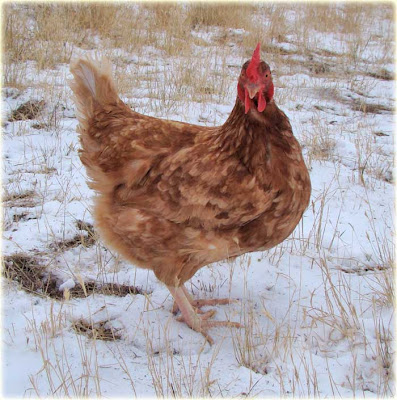 They tell me they are watching me and if I make any advancements towards them or an oven they will attack.
Posted by Jenny Glen at 10:06 AM