Hangin' With The Big Dogs

A few weeks ago, when I was traveling in Northern Alberta, a couple friends and I got an invite to visit Louise Liebenberg at her farm The Grazerie and meet her guardian dogs. 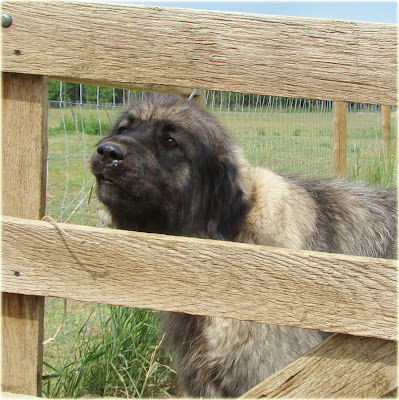 Louise shares my fascination with them and when she lived in Europe, she started breeding Sarplaninac, which is the same breed as Togo's mother.
Because Sarplaninac bloodlines are rare in North America, Louise is still importing pups. Her most recent baby, Katcha, came all the way from the Czech Republic and is just starting her training. 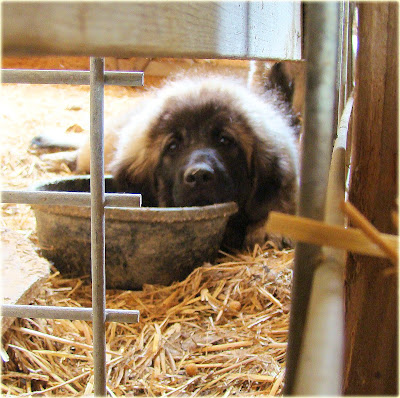 Louise has a wealth of information and was likely exhausted by the time I left because I quizzed her mercilessly in order to learn as much as I could.
Her tour around the farm was like a timeline in a young guardian dog's life. After they are a little older than Katcha, they will often go into a pen with yearling lambs and an older dog to keep them in line.
Fena keeps an eye on pup, Bear, to make sure he doesn't get too rough with the sheep. 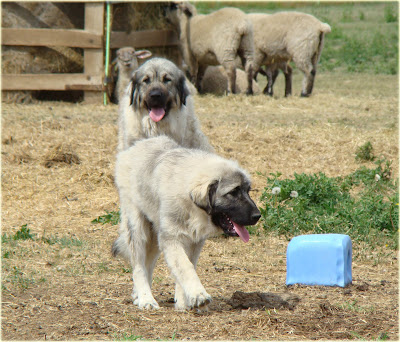 Does he remind you of anyone? 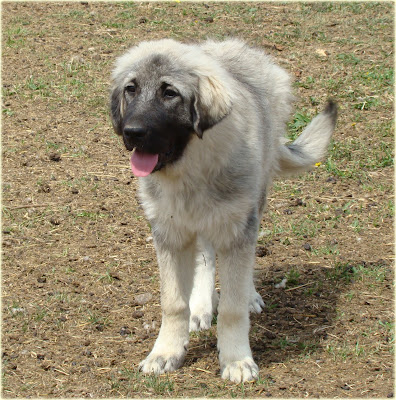 After visiting the "nursery" we headed out to the main flock to check out Snow and Storm, two pups that are the same age as Togo. They were being supervised by their father, Beli, just to make sure they didn't make any mistakes. 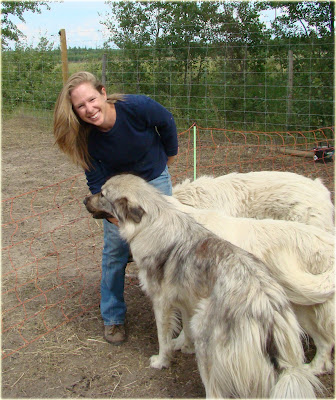 Beli is the king of the farm and knows exactly what to do to defend his flock, be it from, wolves, coyotes and even bears. All of which are real threats in the area they live in.
I had a wonderful visit and I thank Louise for being so helpful with her information. 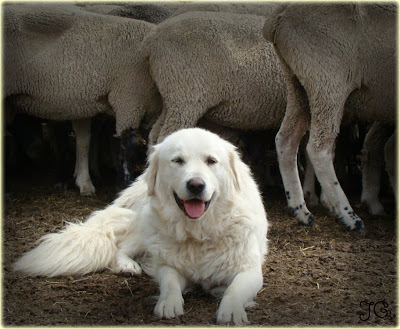 Love me those big fluffy workin' dogs!
Posted by Jenny Glen at 12:00 PM

What a beautiful breed.

Togo...the most handsome of them all.

Neat dogs. What an opportunity. I know you made the most of it!