My parents rough collie, Kane, has had a busy life, and he's only 2. 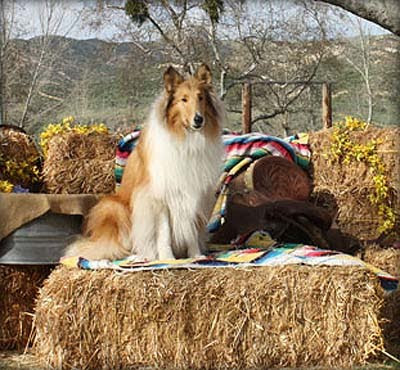 At 6 months old he had a neurological episode that the doctors were not able to diagnose. They just hoped he'd live and would have a pain free life.
Kane not only lived, he completely recovered. 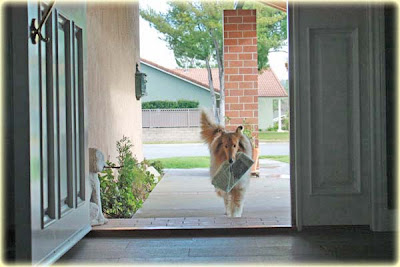 He and my mother took obedience classes for some discipline and then started competing in agility. Just for kicks he took his Canine Good Citizen Test and a herding instinct test (to make me proud!) and passed both.
Now, Kane has decided to take on a new challenge. Therapy dog.
It's not a surprise to anyone who knows him that he would excel in this area. He has long been my niece, Katie's play toy and he has enjoyed every minute of it. 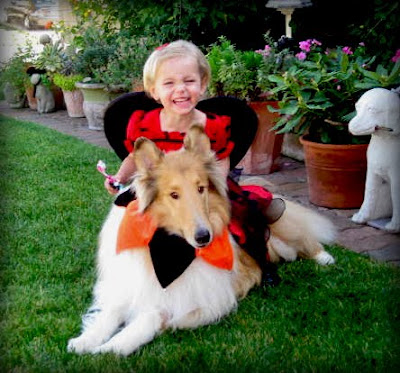 He impressed his instructor from the very beginning and she asked my dad to bring him along on visits to retirement homes while he was still training for his certification.
Yesterday, Kane took his Therapy Dog test and passed it with no mistakes. Now he is official. My father has plans to visit the library with him to have kids "read to him" and he'll also start visiting a lock down facility for people with deep emotional problems. After his certification this week, my father and Tag visited with some mentally disabled children and he had this to say:
" I took Kane to meet a young girl who was not more than maybe thirteen, who was sitting on the grass. She was attended by two young girl volunteers who sat on each side of her. She was bent over, hiding her face with her hand while one of the attendants held her other hand, helping her stroke a dog's fur. The dog had short hair. When Kane lay down in front of her, she was apparently surprised at his long fur. I had her stroke his mane to feel how soft it is, and by bending over, I could see that she was smiling. Kane touched her hand with his nose and she began giggling and they no longer had to hold her hand as she continued to stroke his fur. " 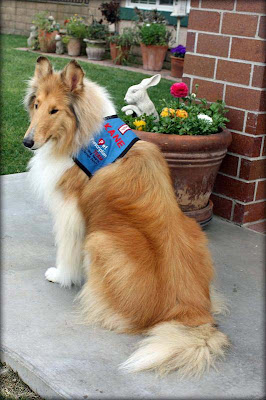 What a great dog, some many accomplishments in two years!

Just curious but did Kane have his neurological episode after being vaccinated? I am reading a lot of negative information on frequent vaccinations.

Yes. That is one of the possibilities that his vet (my first boss and an excellent dr.) is suspicious of. However, the neuro specialist never mentioned that.

well good for Kane !!! Of course I am not surprised, he is a collie after all :))

Therapy dogs are a gift from Heaven. Kane is beautiful. The quote from your father brought tears to my eyes.

Thank you for Kane's story Jenny. We had a Border Collie named Gage that suffered a brain injury as a puppy that turned into an amazing therapy and read to me dog. He died too soon last June from cancer. Two of my other BCs are now carrying on his legacy.

What a wonderful dog! We just got an English Shepherd puppy on Friday. If she even accomplishes half of what Kane has, I'll be overjoyed! :)

Good boy, Kane. And so pretty too!

Oh, I love this story, being a Rough Collie fan! Good boy is for sure! It's a great calling for a dog. I did it with my GSD Thorn and got so much out of it, and so did he!