I've mentioned before that if I wasn't such a wimp, my dog sport might have been sleddoggin'.
Last year, I made a list of all the reasons why I wouldn't be running in the Iditarod, but it doesn't stop me from obsessing on it and following the race on line.
This year, Try will be introduced to the fun and Skid is helping him learn about it. 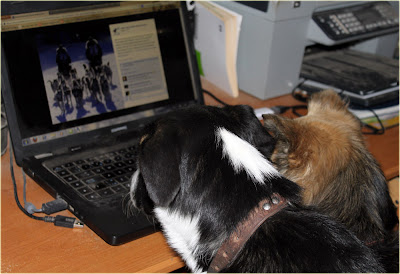 The Iditarod, starts next friday but I've already paid for my insider's pass so I can keep up to date on the happenings.
Unfortunately, my friend Karen isn't running this year (she promises she'll be back next year) but she did just finish in second place in the 2013 Canadian Challenge today!
So far, Try is feeling a little uncomfortable in his honorary sled dog harness, 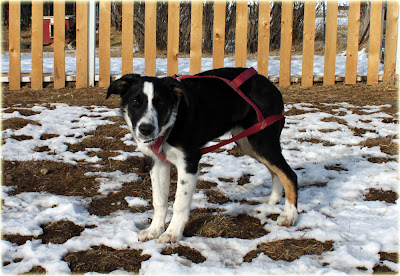 so Skid is showing him the ropes, so to speak. 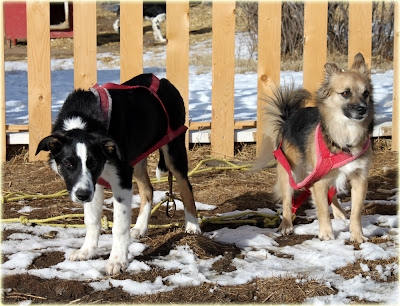 "Dude, just stand up tall and pretend you like it and the other dogs will think it's cool.  She's not going to take it off until you pose for the picture."

"She is not going to take it off until you pose"