For many years now Pleat has been the corner stone of Alta-Pete Stockdogs. 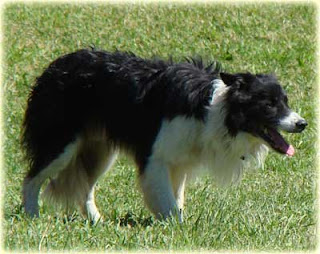 He and Scott have been partners for a long time. 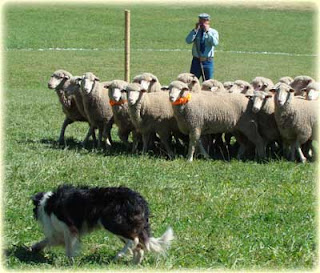 However, it's now time for him to step down. He'll be 10 this November and he's earned his rest. Pleat didn't plan on going out quietly though.

There are three big trials in North America that pay the biggest money and give the biggest recognition : The National Finals, The Bluegrass, and Meeker. Pleater has won all three but in the last five years there has been a new "Big Trial" - Soldier Hollow. Pleat had never won this one but he had one last kick at the can over labor day weekend. And you know what? He won it. 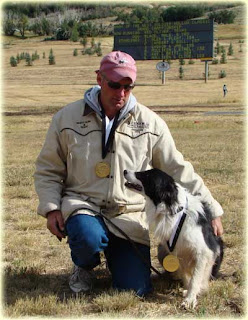 Now he can go out as the only dog ever to have won the big four. We are just a little proud of him 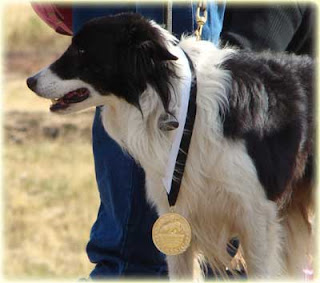 and the press couldn't get enough of him. 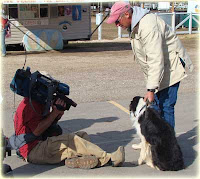 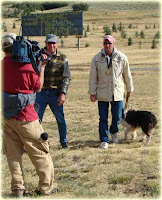 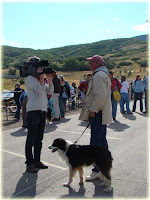 What will he do now? I have a very important job for him.
Holding down my couch. 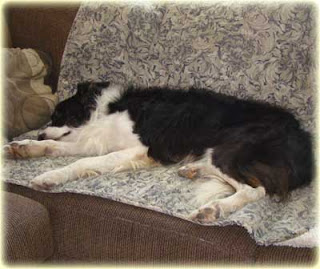