Welcome to another edition of Alta-Pete's "Wild Kingdom"!
This week we are going to follow the very rare and hard to photograph black panther of the hot African plains. 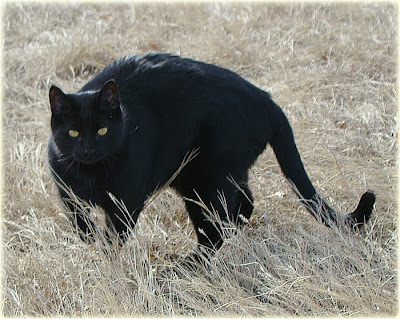 Er, I mean, the elusive snow leopard of the frozen Arctic. 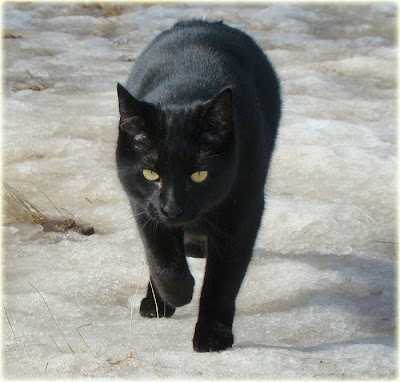 Snow leopards do not do well in captivity and frequently escape and return to the wild. 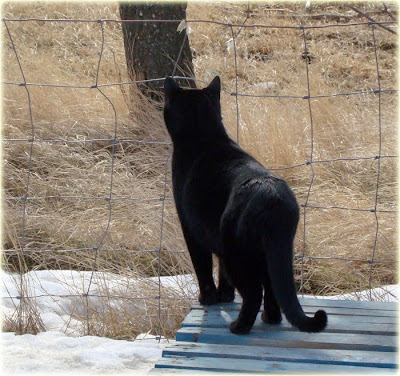 They are a clever animal and use the sparse trees to sneak up on their dangerous prey. 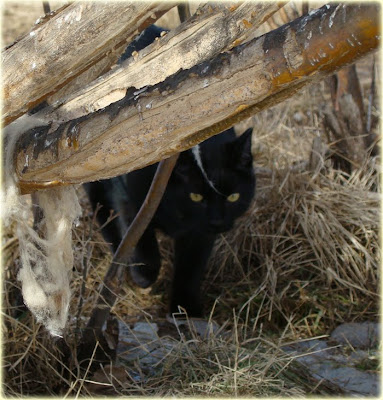 A prey that no other animal is brave enough to stalk.
The vicious Arctic chicken! (cue dramatic music)
The snow leopard uses his natural camouflage to spy on the dangerous chickens from behind a watering hole. 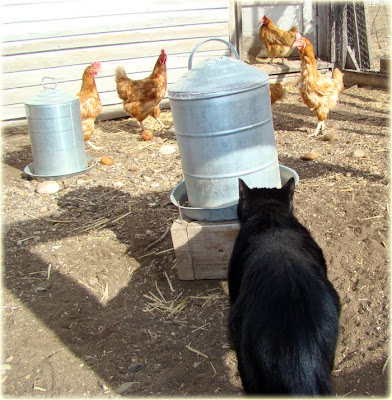 Then he begins the elaborate circling of his nemesis 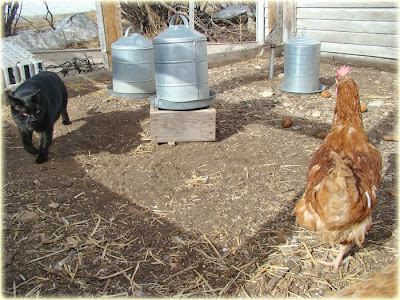 Until, a standoff!
Perhaps it would be wise to not attack and live to hunt another day. 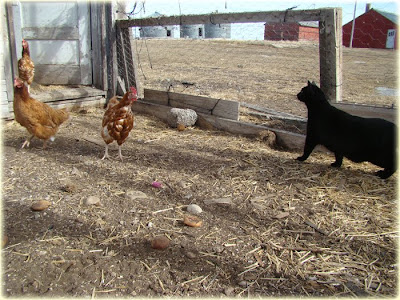 And so, our snow leopard moves off in search of another unlucky creature that he can subdue and eat. 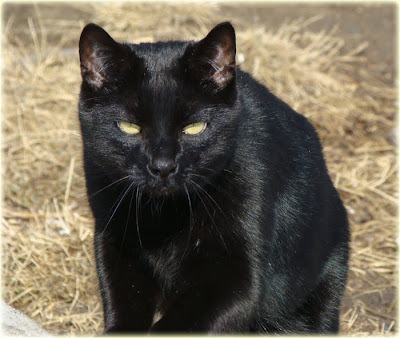 OMG Jenny, you are too funny. You could turn your blog stories (and should) into a series of children's books! The kind adults will love...

As I think about that more...Angie, thoughts...?

SALEM..you are just too shiney! Your mommie has a tremendous sense of humor..as do you to tolerate her snooping while you are on the HUNT.

This is just too funny.