When Scott first got Grandma she was one of several Karakuls. 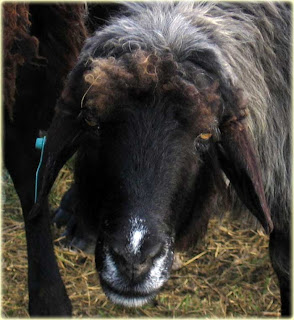 It's an odd, old breed that looks like a cross between a camel and a buffalo. That flock of rare sheep helped train a couple of Western Canadian Sheepdog Champions, a couple of Canadian Champions and a US National Champion.
As a youngster, Grandma broke her leg, but instead of shooting her, Scott splinted it and when she healed, she continued to help him train dogs. 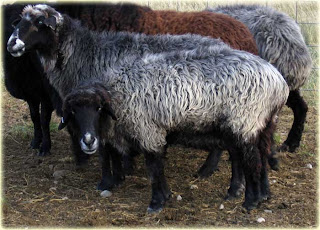 Originally, he called her Blue Tag but one by one she outlived the rest of her clan and was renamed Grandma. Outlived them enough to make it to 18 years old. Her grand niece, The Cocker Spaniel is only 3/4 Karakul but Grandma didn't hold it against her and took her under her wing. We often caught them off by them selves and watched Grandma whispering the ancient secrets of the Karakuls to her. 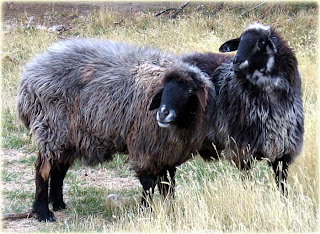 A couple of years ago Grandma's leg started to bother her again and she was retired from dog training. She became the grand dame of the lambing pasture, supervising all lambings and weanings. One of the primary reasons we got Kit was for her protection while she was with the lambs. 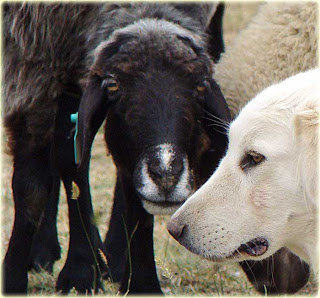 Unfortunately, nobody can live forever and today Grandma's old legs refused to hold her up anymore. Scott helped her cross over to where the old flock of Karakuls were waiting for her. She left behind The Cocker Spaniel to carry on her legacy and just a week ago, we were presented with Grandma's great great grand niece to help us get over the loss. 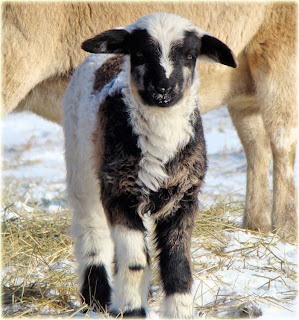