Ok, maybe he's not Lassie yet but my mother's young collie, Kane, went to the Collie Nationals this week and showed that with his versatility, perhaps there is a Lassie just waiting to come out. It really wasn't that long ago that my mother bought Kane and they have been working hard on their agility so he could make his debut at the Nationals this year in Los Angeles. 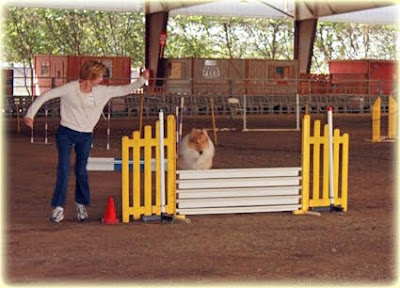 Their work paid off with a 3rd and a 2nd in started jumpers!
That was so easy that they decided to try a couple of other events. 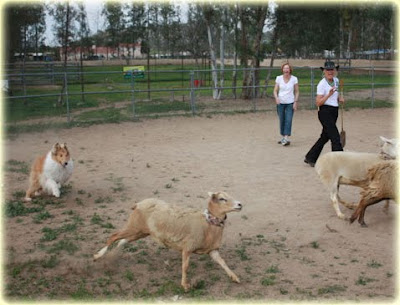 This is Kane's first time on sheep and I can tell by the pictures he made me proud! (by the looks of it, he made my mother proud too)
He passed his instinct test with flying colors. 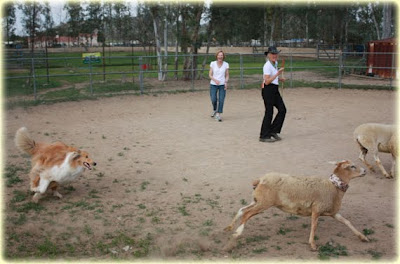 After that they decided, "Why not try to get his Canine Good Citizenship title?" This is a test to prove that you have a well mannered dog that can handle himself in any situation. 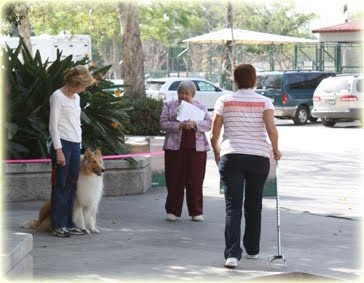 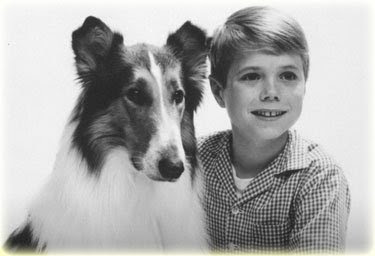 Since Lassie couldn't be there, Kane offered to stand in and proudly showed off his medal to a congratulatory (and all grown up)Timmy. 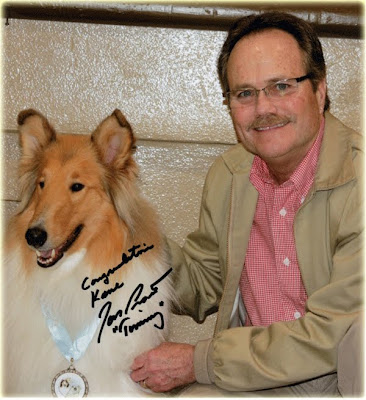 CONGRATS TO MOM and KANE! that is so cool..and such a great looking dog!

I love the pictures of him on sheep! Love to see a collie do its thing with such joy. And with Timmy! Wow, that photo is a keeper too. Your mom has a great dog on her hands for sure.

Wow, Jenny (and Mom).. What a great experience and what great memories those will be! Congratulations, Kane.. a star is born:)