I've been admonished for not keeping up my blogs.
I will try to remedy this.
However, we just got back from a two month long trip and have a few things we need to do before I will have time to write. 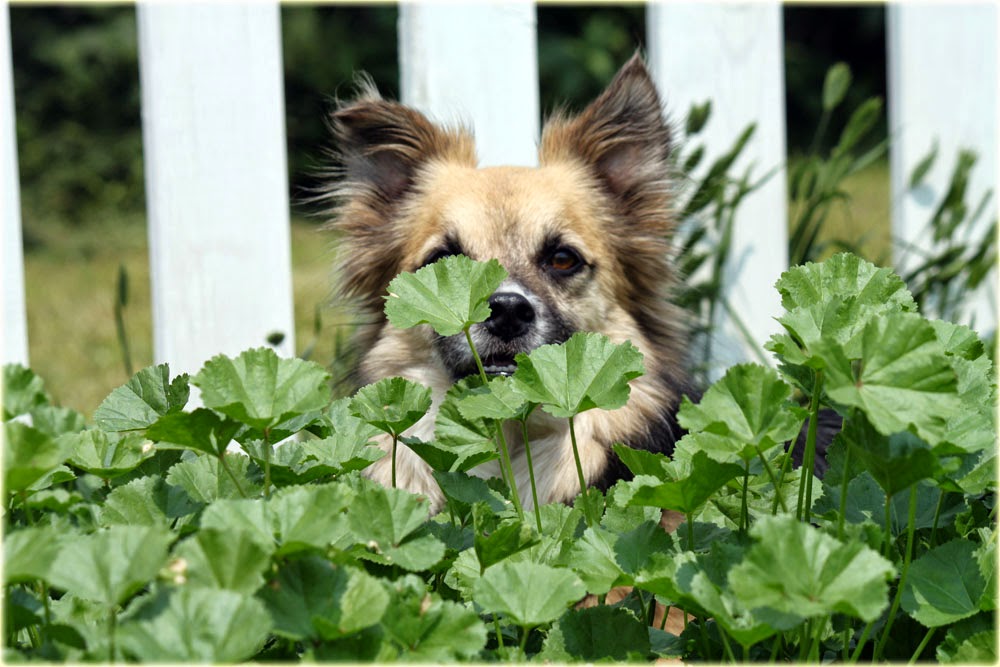 First things first,
I need to mow so I can find the dogs.
Posted by Jenny Glen at 1:15 PM 2 comments: 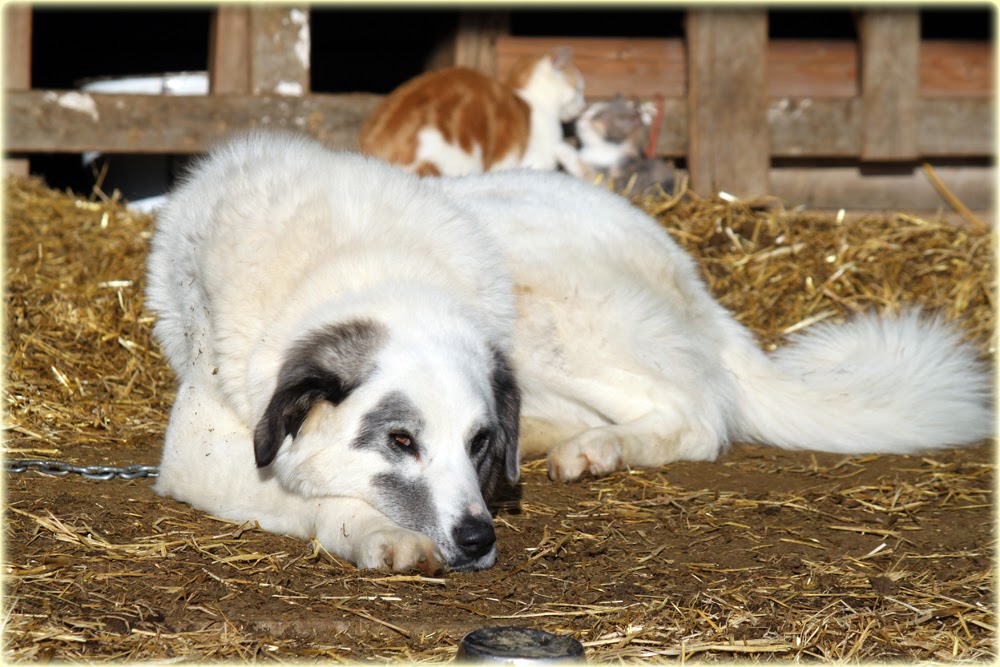 About a month ago, she injured one of her front legs.
Now, I'm not saying it didn't happen when she boldly rushed to chase off a marauding coyote, 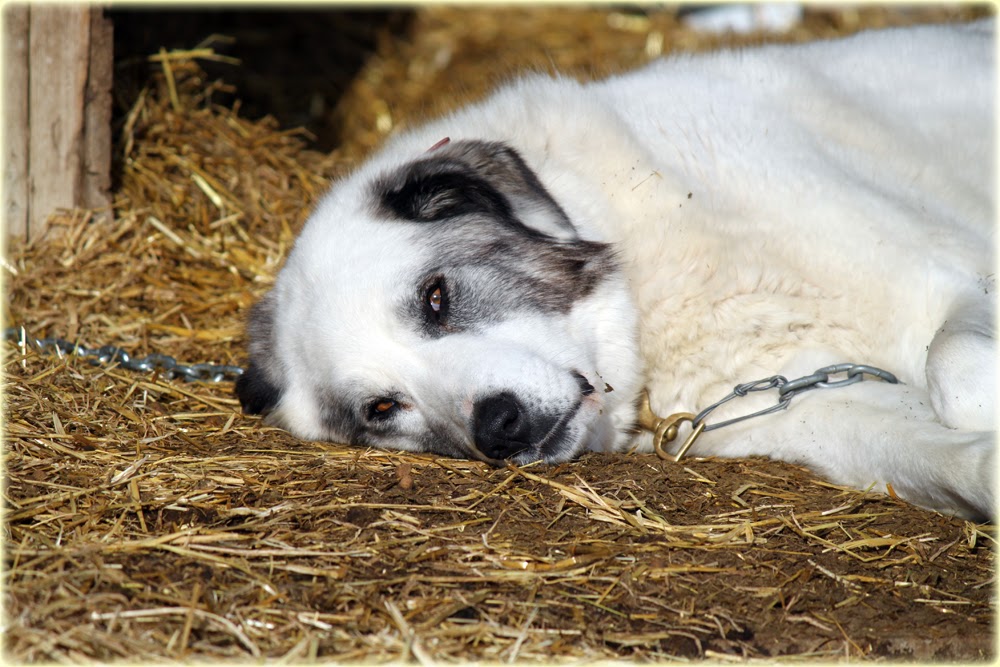 I'm just saying she also likes to pull things down from shelves and such and maybe, just maybe, something landed on her wrist that hurt it.

What I do know is that she kept re injuring it. 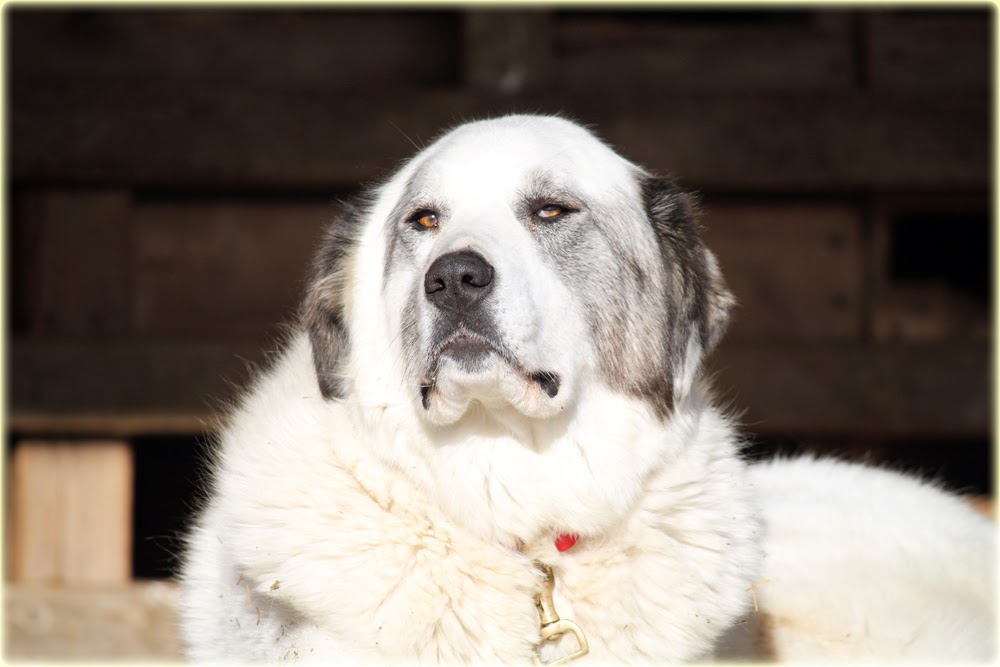 When the snow was high, she and Togo stepped over the fence and chased a coyote out on to the lake ice and killed it.
That made her leg hurt more than ever.
So she's chained in the lean-to of the barn to make her rest for a few more weeks. 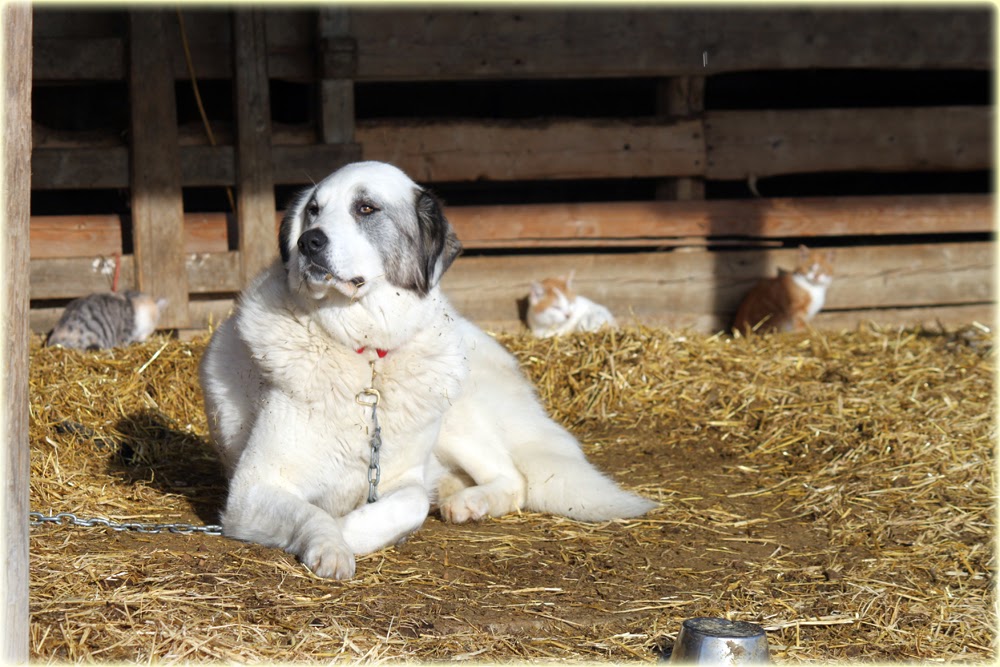 The sheep spend most of their time back there anyway, and Alaska has made some new friends.
She would really rather we didn't know about them so she pretends they are not there but I've seen them sharing the sun with her. 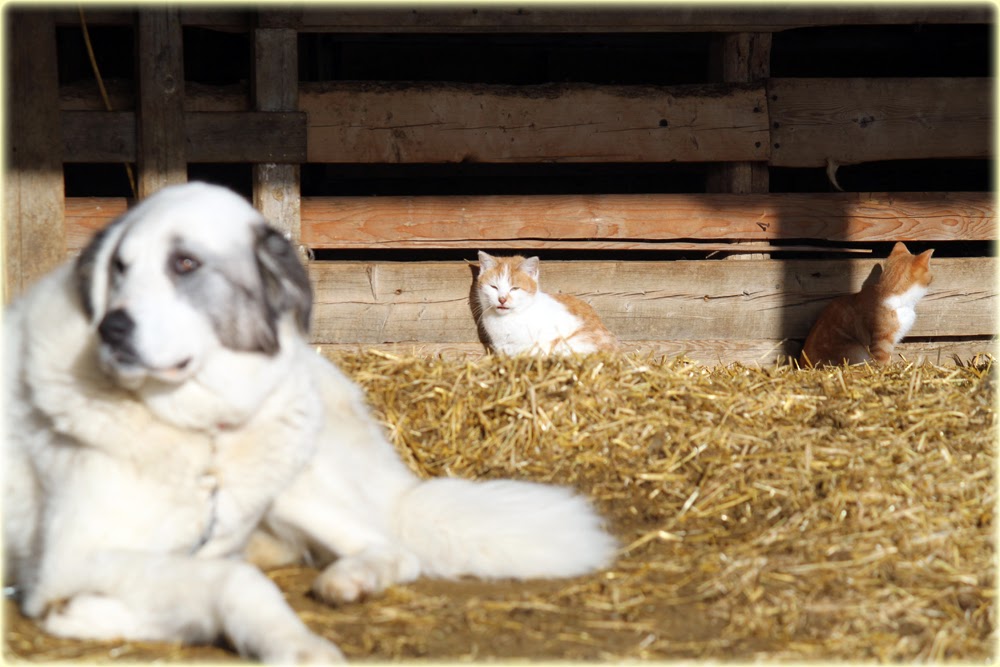 A few others like to hang out on the cast off, wool that has felted and several barn cats gather there when it's cold. 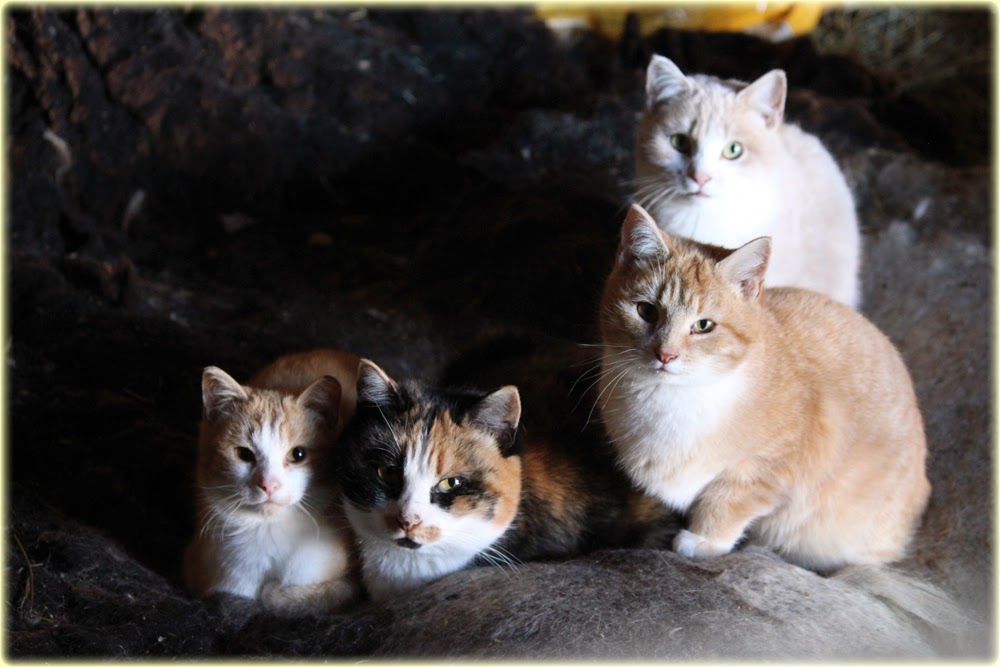 Togo continues to guard the rest of the farm, 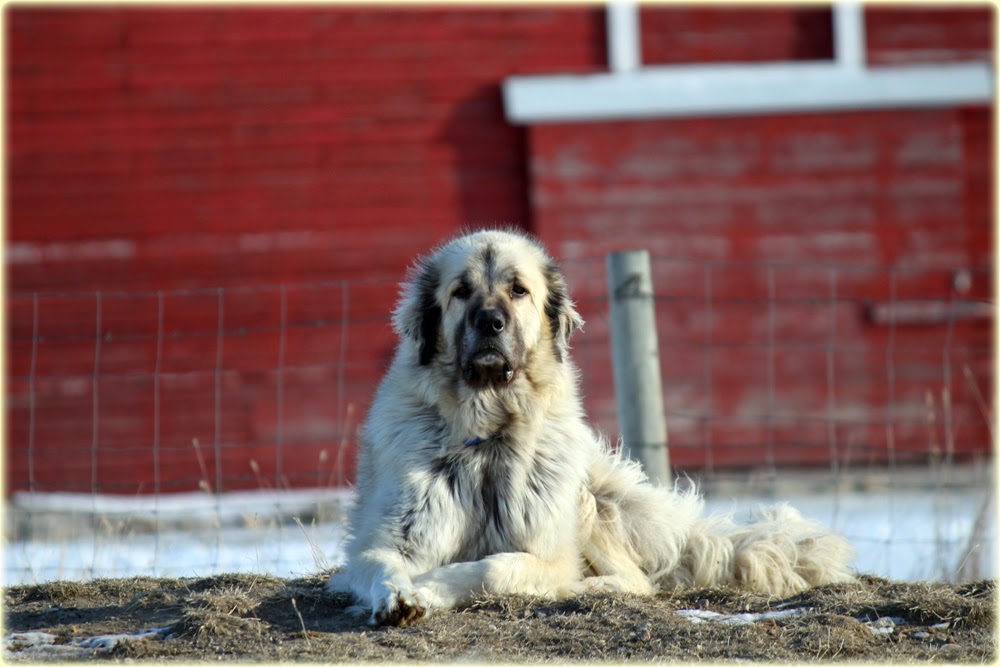 and the kittens now rest comfortably safe with Alaska's protection. 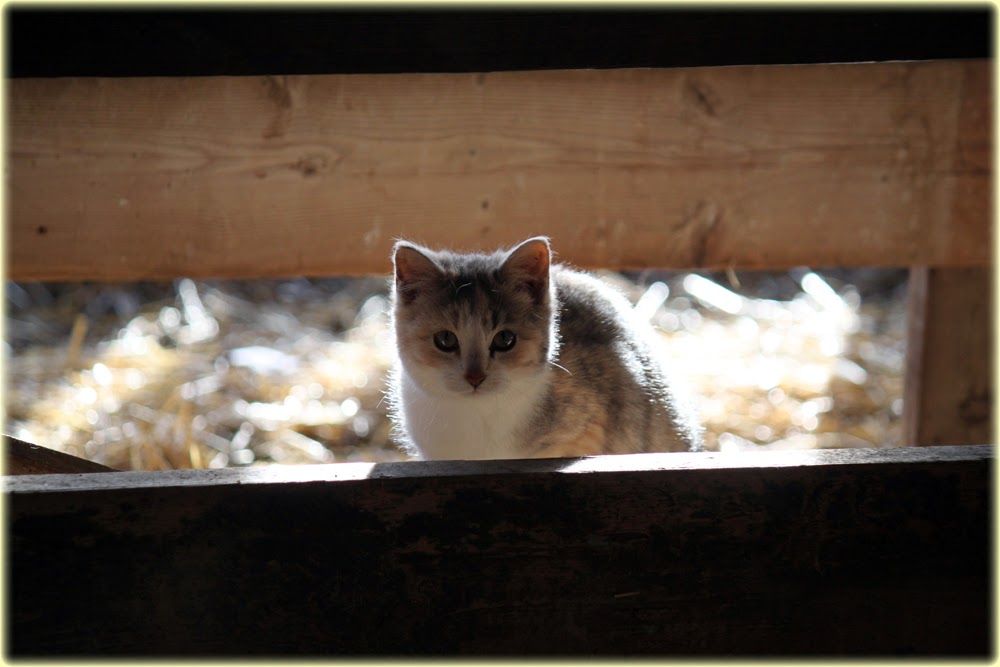