If you are a new reader to my blog, (or you don't follow our facebook page) you probably haven't heard about Scott's old dog, Pleat before.
Pleat was the cornerstone of our kennel for many years.  Scott whelped him out, trained him and won many trials with him. 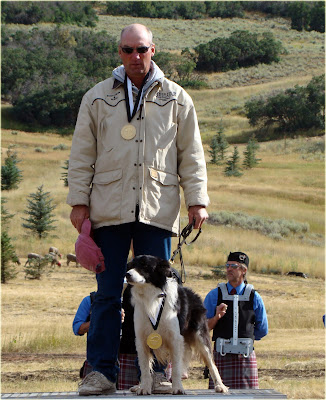 When it came time to retire him there was some thought of placing him in a new home but he had been with Scott for so long that we couldn't see sending him somewhere else.
So he stayed.
As Pleat got older he didn't travel as well.  He started to get arthritis and got car sick and drooled alot. Getting in and out of our dog box was uncomfortable for him.
This Summer, as Pleat got closer to 14 years old, Pat came to Pleat's rescue.  She was the mother of a local friend who was crazy about dogs but was petless.
She offered to baby sit Pleat while we were on the road this fall.
At first we were worried about how he would react since he'd never been away from Scott but Pat kept him busy.
On the first day, Pleat and Pat were in a parade, 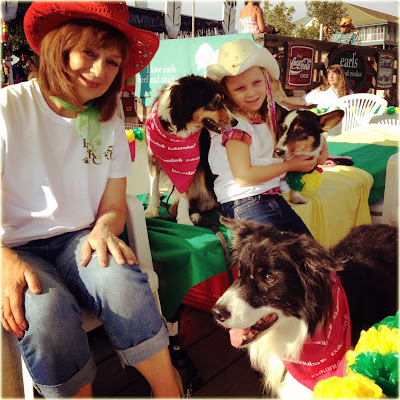 and the next day they went for a walk,
and the next day Pleat tried shoplifting in Petsmart, and so on.
Every day they had a new adventure and Pleat was falling in love.
We got lots of updates and it was becoming clear that Pleat was happy and making himself at home. 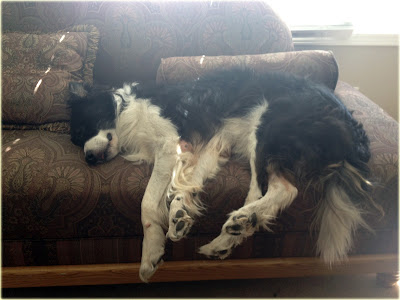 So we had a thought...
Pleat was clearly not missing us.
He has never had so much fun (when he wasn't working sheep).
Would Pat like to keep him?
I would like to now give congratulations to Pat on her slightly used new dog, Pleat!
We will miss him but I think everyone couldn't be happier, and for the first time, since he was a puppy, Pleat got a new collar. 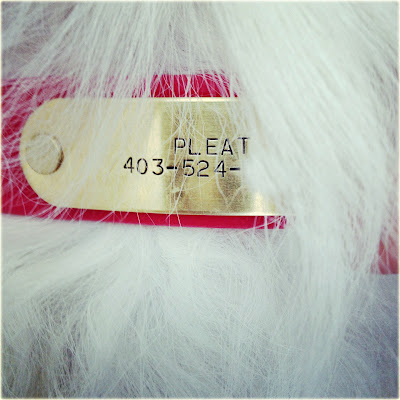 I hear he sleeps on the bed now.
He's earned it.
Posted by Jenny Glen at 6:37 PM

Awww, Pleaters is one of the best. Pat is a great dog-mom to him. He is gonna live out his last years spoiled rotten.

What a great ending! Pleat is enjoying his new life and being the "spoilt" one....

so what did he shoplift ?

Totally made me tear up, I can't imagine how hard it was for Scott & yourself to make this decision, but it shows how much you love this dog , to let him go & live out the remainder of his days sleeping on the bed :)

So wonderful that an old guy gets this way to spend his final years in such an excellent second home. And I second onecollie's remark on this showing how much he is loved.

I'm sure you'll have to get in a visit once in a while to your best boy. I purchased a female because Pleat is her great-grandfather and someone told me her pushy nature (on sheep) and her head shape is "all Pleat". That made me laugh. Glad he's happy and Pat sounds like she is the perfect dog mom. A new collar even! Cool.
Jami

So glad to hear Pleat and Pat are a good match and that he finds her bed and sofa to meet with his approval.

awwwwws....
Pleat was the dog Scott was running at Janna's NASDT where you met Scott!!

Wow, I am just catching up on this. Pleat was the first Border Collie ever really on my radar. He is a great dog! One of the GREATS~ !! And he is still a great dog for his new mom. I feel a bit choked up reading this. That is very nice.