I and the dogs of my choice were invited to the 11th birthday of our friend's flatcoat retriever, Kaleb.
Kaleb was a great host and had lots of "retriever games" planned. 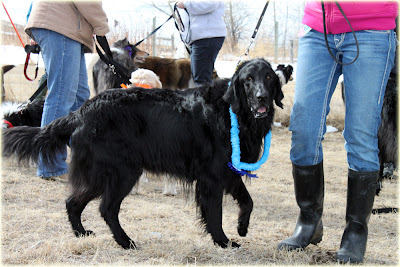 If I wanted to win these games, I would have brought Skid and Lad but it would be rude to show up the host and his retriever relatives, so I brought the kids, Ford and Try. 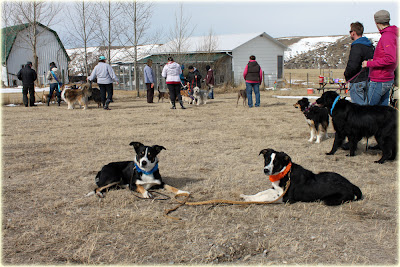 They had never seen so many different breeds before.
However, some familiar faces were there, including Old Pleat. 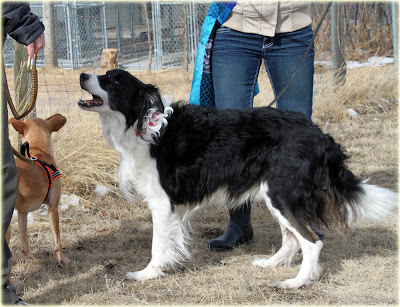 His mom couldn't come but that didn't matter - he was happy to have his leash held by anyone who would give him a pat and a treat.
The first game, bobbing for wieners, was beyond Ford's comprehension, so Gyppie showed him how it's done. 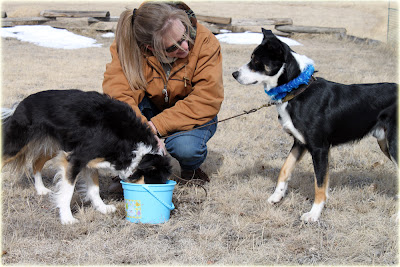 Try had the idea that maybe if he drank as much of the water as he could, then he wouldn't have to put his nose under. 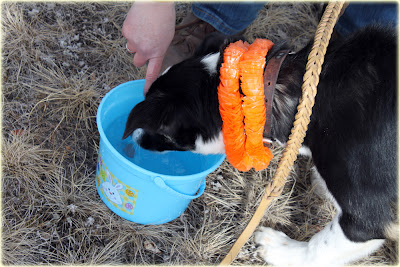 Not a bad plan, but it would have taken too long since he'd likely have had to stop and pee the water out a few times.
Pleat didn't even bother trying.
At his age, he figures people should bring the wieners to him. 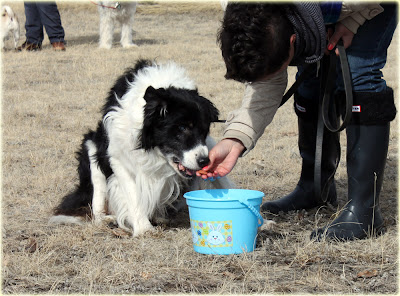 The next game was an all out retrieving game - go get the bumper.
Ford was very keen to try it. 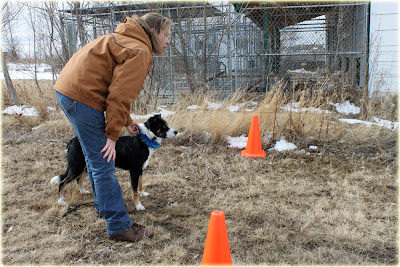 He was a little confused about going out to get the toy by himself, so I had to help him but he soon got it figured out. 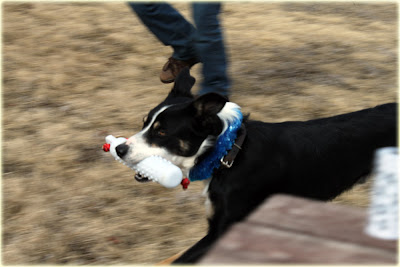 I knew Try wouldn't know what it was about but he isn't named Try for nothing, 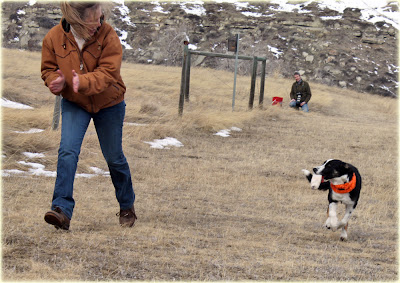 and with a little encouragement he did it! 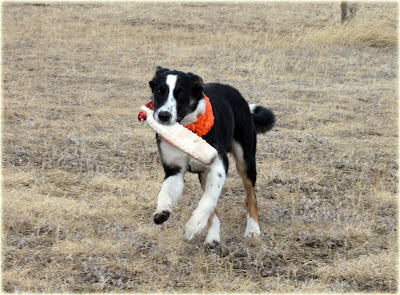 Before we left, all the dogs (more than 15) had a free run together in the field and every one got along, recalled and had a good time.
I know two youngsters who will sleep well tonight!

That's just wonderful. So nice to see people who are so in to their animals. Precious.

I was so glad you could come!!! The boys had fun :) And to show up those retrievers, a BC won the timed retrieve ... how about that Gyp hey??
I was so impressed with Try!! Man you could train both those boys as bird dogs!