In the course of his daily duties, Poe sometimes finds the need to get himself into some tricky positions. For example, when it became necessary to defend the household from the infamous headless pink teddy bear, he risked life and limb to do the "over the back attack". 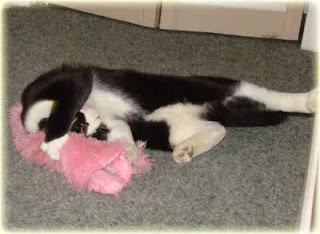 When the bear continued it's relentless battle for dominance, Poe fearlessly did the "head first into the enemy" position. 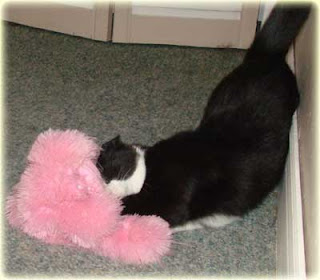 But sometimes, even though I know he is a professional, I worry.
This position gave me pause (paws?) 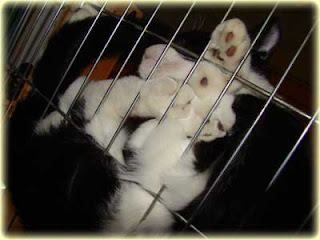 I'm not sure what Poe calls it, but I call it "Dangerous" 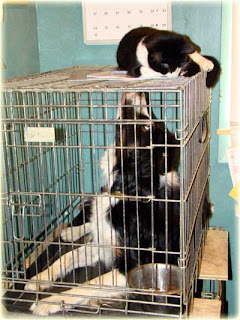