Skid has been eagerly waiting for Christmas and has been watching the skies for Santa. 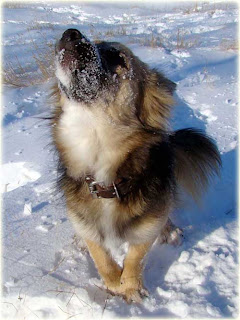 After last year's mishap when he visited Santa and tried to bite his helper, I thought it would be better if he stayed home this time. Instead, I suggested he write a list of what he wanted.He had only four wishes:
1. More food 2. More Bones 3. Make Scott sleep on the couch so there is more room on the bed to cuddle with Mom. 4. Make it so that Poe and his claws are banished to the barn.
He has written it down and has left some water and (dog) cookies out for Santa. (He did sample the cookies though, just in case they were poison) 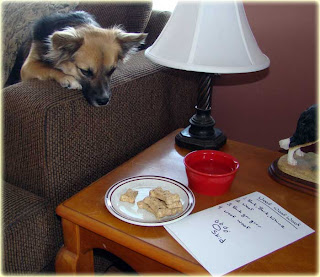 Nothing else to do now but wait and be on his best behavior. 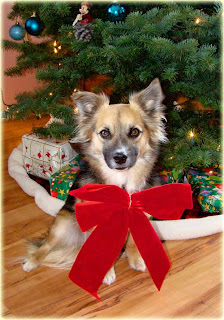