I was asked the other day how Togo got his name.
I had no idea that people didn't realize who he was named after. 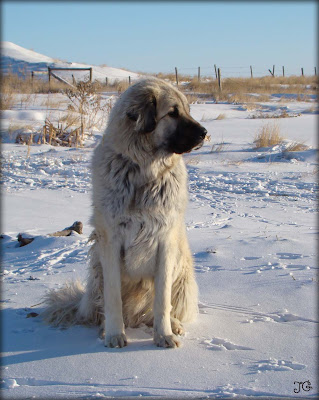 Togo (pronounced Toe-go) was named after a very brave sled dog.
In 1925 Nome, Alaska was in the deep of winter when a deadly diphtheria epidemic broke out. The town was out of life saving serum and children were dying. The only way in or out of Nome was by dog sled.
So a relay of 674 miles was organized with 20 mushers and dog teams passing off the serum. Many times the temperatures plunged to 50F below zero but every musher did his part, at peril to themselves and their dogs, to save lives.
The hero of this run was the diminutive Togo. 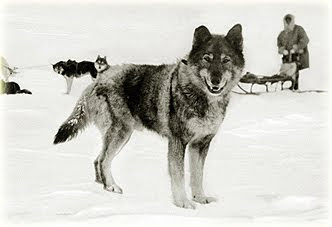 Togo at 12 years old (Reuel Griffin Collection)
He was a Siberian husky with a splash of Malamute thrown in.
At the time of the serum run he was 12 years old but led his team and his owner Leonhard Seppala, through the most dangerous part of the trail and raced the longest distance.
To meet the serum he had to go 170 miles and then turned around and ran his leg of the relay for 91 more miles. On one day he covered 84 miles! 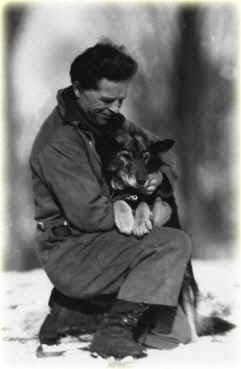 Leonhard Seppala and Togo say good bye on the day he was put to sleep at 16 years old (Ralph Morril, Peabody Museum, Yale)
Togo brought the serum and his musher in safely and I thought, that my guardian dog should be named after such a great dog with so much heart.

Young Alaska's name carries a little less weight with it but it is still in the mushing spirit. 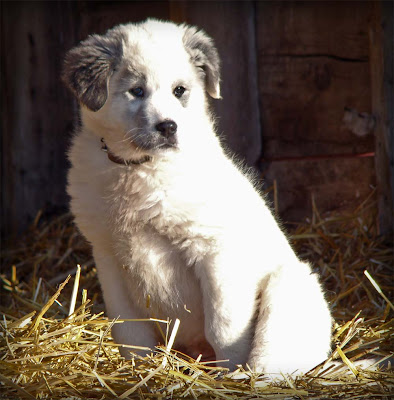 The handsome fellow suits a name with a pedigree like that.

What a story, it made me cry to see that pic of Togo at age 16. Great name and thanks for sharing! Dogs are soooooo amazing. PS Happy New Year to you and Scott and all the dogs!

wow--that is awesome!
i knew the story--but not about togo
wasn't balto a dog invovled in it too?

12yrs old
AMAZING!!
and living to 16yrs?
that picture of the goodbye made me cry
how very beautiful
what a wonderful namesake

You are exactly right! Balto was the dog who ran the last leg of the relay and brought the serum into Nome. He got all the fame and a statue was made of him and dedicated to all the dogs of the run and put in New York's Central Park. Balto ran the second farthest at 53 miles but he didn't have to cross the dangerous Norton Sound like Togo (twice!) where mushers and their teams could fall into a break in the ice and drown in freezing water

And soon we will be having the Iditarod race to commemorate that great race to Nome. But first comes Fur Rondy, Alaska's big winter celebration in February.
We love the names you chose for both the dogs.

Wow Jenny!! You ought to write a book about famous animals! You know soooooo mush!! (pun intended)